Measuring video lights with a colorimeter 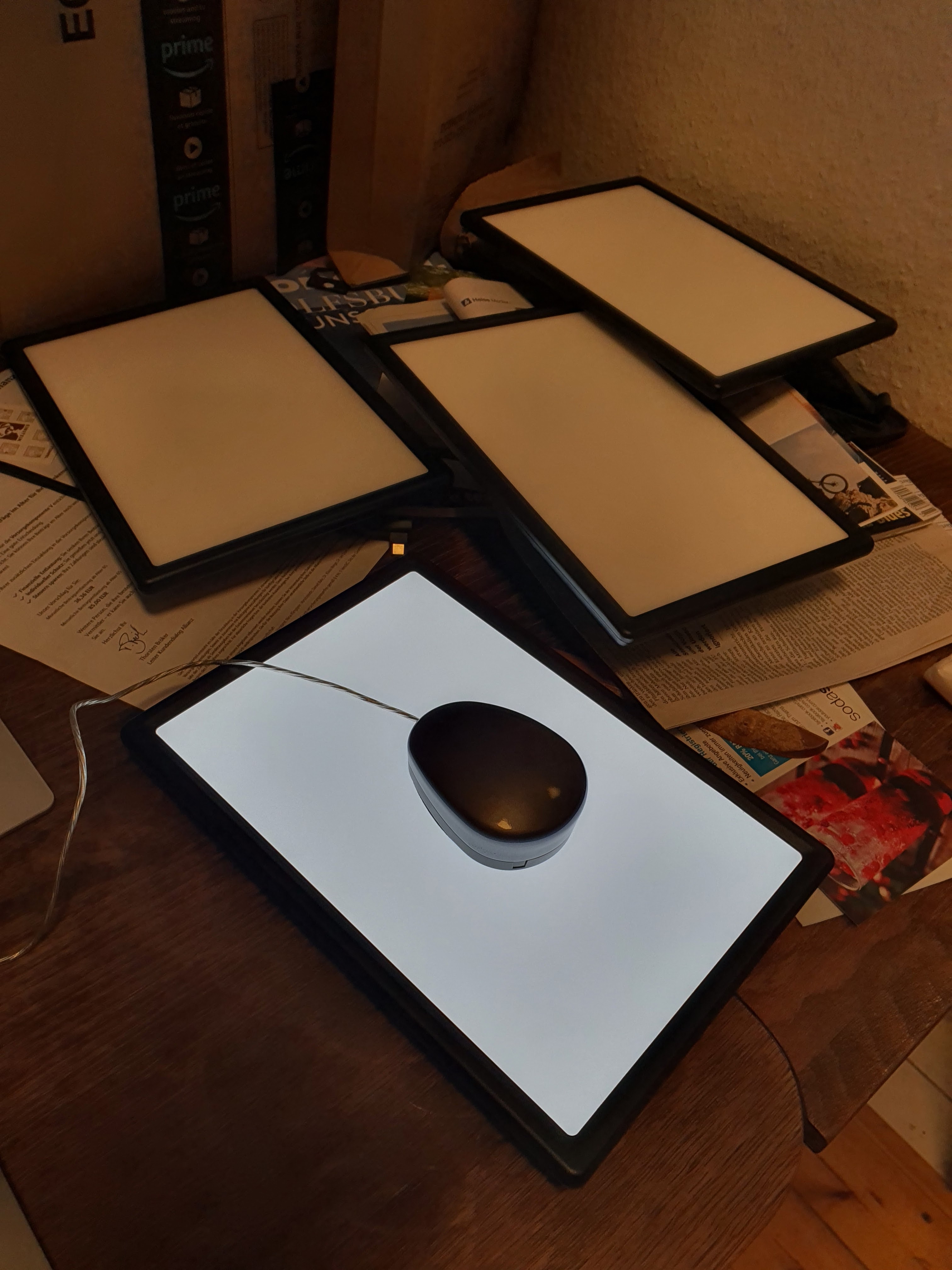 After more than half a year of home office I decided to improve my setup by adding proper lights to my work space. Following a recommendation I bought 2 video lights off Amazon, and then at the recent Black Friday week I bought the same video lights in a set of 2 with tripods (because the set cost less than I paid previously for the 2 single units). 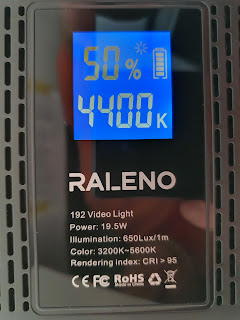 To my dismay I discovered that the 4 video lights, same brand and same model, actually looked different and performed different! The question is, which video light is more "correct" and therefore better to keep? I wanted to keep two and return two because I don't need four lights. Two is more than enough. The lights can be adjusted for brightness and for color temperature, but all the four lights would look different at the same setting. So which light was correct? Which to keep?

After breaking my head for a bit I suddenly remembered the old colorimeter I have in my cabinet. It actually does what I need: measure light intensity and color temperature! And even more lucky, my colorimeter supports ambient mode which - according to some Internet articles I found - should be used for this purpose. So here we go, let's measure the video lights: 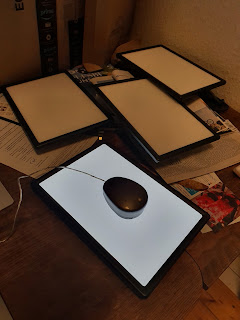 The Open Source Argyll Color Management System comes with a tool for the job: spotread takes measurements from the colorimeter and displays the result in various formats. From the results the illuminance and the Planckian color temperature seemed most relevant (the Planckian color temperature was lower and closer to the number shown on the video light) to comparing the video lights.

The results are not surprising: All 4 units have different numbers. However, the 2 units that came in the same box (set of 2 lights) where much more similar than the other 2 units which came in individual boxes. Before comparing the 4 devices I wanted to find out how the video light behaves when I set a mid-level color temperature of 4400K and change the brightness from 0% to 100%. Does it keep the same color temperature? The results are actually encouraging: 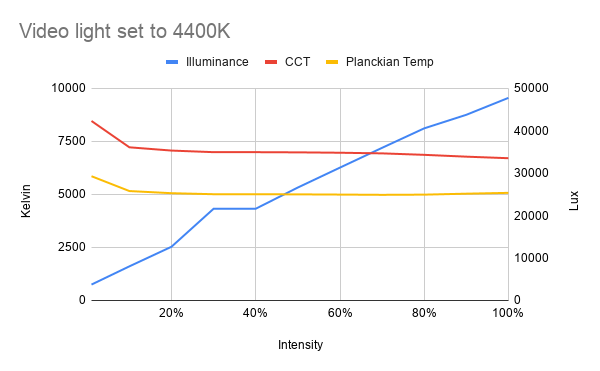 The video light switches on at 1% and the color temperature is fairly constant as I increase the brightness to 100%. Below 10% the color temperature is cooler than it should be but from then on it stays very constant. The illuminance increase is also fairly linear with regard to the brightness setting, with only a small bend at 30%. Not bad at all for a non-professional device that costs only 60€.

Next I wanted to compare between the 4 devices to find out which are most similar. I took 3 measurements of each device, at 3200K, at 4400K and at 5600K. Warm, neutral and cool. The reason is due to the way those video lights are built: They have two different LED types (warm and cold) and light them up at different brightness settings to create the desired color temperature. With these 3 measurements I hope to catch both sets of LEDs and to also check how well the mix together at the neutral setting. The results show how different the 4 units actually are (and I know that taking a single round of measurements has an unknown margin of error, but this is good enough for me): 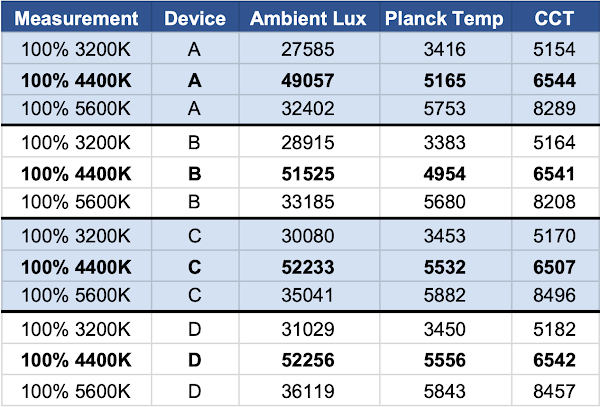 Without going into statistical number crunching these results helped me to decide that device C and D are most similar. They are brighter and their color temperatures are a much closer match at all 3 color settings.

Interesting to note here is the fact that devices C and D came in the same box of the 2 devices and tripods set while devices A and B where individual units. The lesson learned is that if you want to have 2 video lights then it is advisable to buy them as a set. It seems like at least this vendor made an effort to match up lights to look similar. Maybe they want to be nice or maybe they had too many returns based on "looks different".

If you are interested, here are the lights I bought. The lights come with a built-in battery and work really well. The only downside I can name is the fact that the battery is connected and charging all the time, so that I canno switch off the lamps by switching off the main supply. Maybe someday I will install a little switch to disable the battery. Despite the different sounding amount of LEDs, these are exactly the same video lights, just once as a set of 2 and once single.

These links pay me a little commission if you purchase the products, thanks a lot for your support. I hope you find this article useful, I couldn't find something as detailed as this when I had the problem so I wrote down my experiences for you in the hope that it will help you with your search for video lights.

While Google Docs is a great productivity tool, it still lacks some very simple and common functionality, for example setting a custom page size. Google Slides and Google Drawings allows setting custom sizes, but not Google Docs . Luckily there are several add-ons available for this purpose, for example Page Sizer is a little open source add-on on the Chrome Web Store . Unfortunately in many enterprise setups of G Suite access to the Chrome Web Store and to Google Drive add-ons is disabled for security reasons: the admins cannot white-list single add-ons and are afraid of add-ons that leak company data. Admins can only white list add-ons from the G Suite Marketplace . The Google Apps Script code to change the page size is actually really simple, for example to set the page size to A1 you need only this single line of code: DocumentApp. getActiveDocument(). getBody(). setAttributes({ "PAGE_WIDTH": 1684, "PAGE_HEIGHT": 2384 }); To solv
Read more