Friday, August 04, 2017
Most deployment tools support dependencies or includes or even both. In most cases one should use dependencies and not includes — here is why. 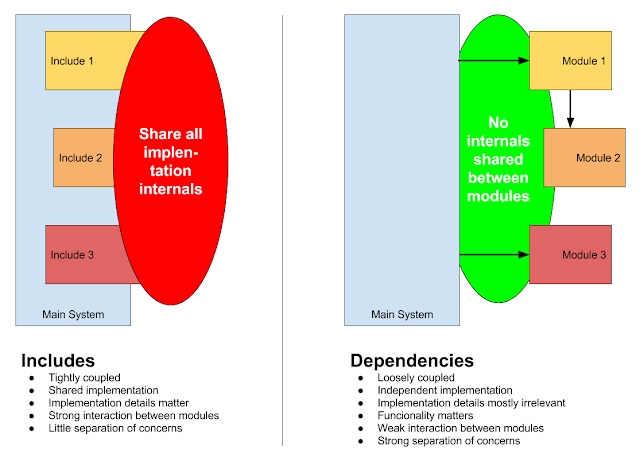 Dependencies work by providing an interface of functionality that the users can rely upon - even if the implementation changes over time. They also create an abstraction layer (the dependency tree) that can be used to describe a large system of components via a short list of names and their dependencies. Dependencies therefore allow us to focus on smaller building blocks without worrying much about the other parts.

To conclude, please use dependencies if possible. They will give you a clean and maintainable system design.
HOWTO