Friday, February 05, 2016
Day two at the microXchg 2016 conference. After listening to yet another talk detailing the pitfalls and dangers of "doing it wrong" I see more and more similarities between the Cloud migration at ImmobilienScout24 and the microservices journey that most speakers present. 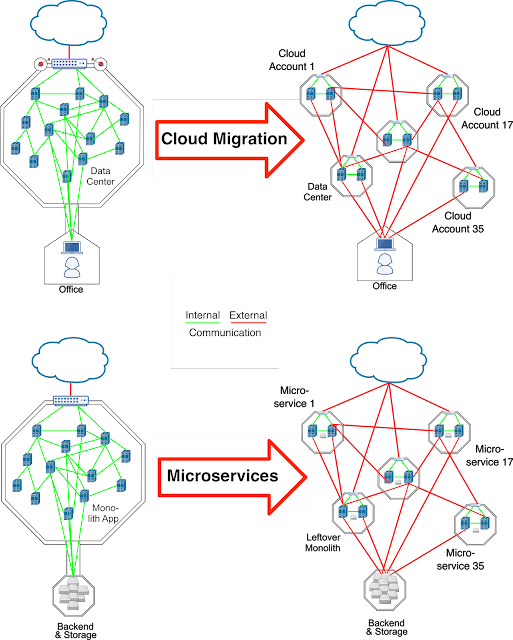 A failed data center takes down the entire platform while a failed AWS account will only take down some function. An uncaught exception will crash the entire monolith while a crashed microservice will leave the others running undisturbed.

If it looks similar, maybe we can learn something from this. I strongly believe that many structural and conceptional considerations apply equally to a Cloud migration and to a microservices journey:
I learned a lot at this conference, both about microservices and about the direction our Cloud migration should go.